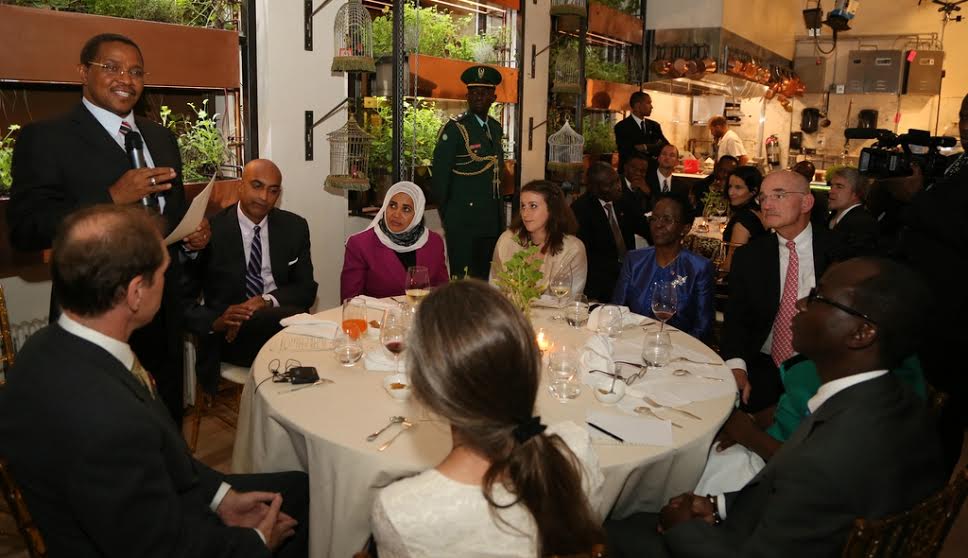 President Dr.Jakaya Mrisho Kikwete speaks during a fundraiser Gala for Madaktari Africa held in New York on September 21,2914. In his speech the President commended the organisation’s health initiative in Tanzania saying that it has saved lives of many Tanzanians . Madaktari Afrika is a nonprofit Health Organization whose goal is to break the circle of conventional dependance on outside aid organization in order to increase self sufficiency and sustainability in health service provision.The Madaktari Africa Program was conceived in 2006 by South Carolina neurosurgeon Dilantha B. Ellegala after a trip to Haydom Lutheran Hospital in Tanzania following a cerebrovascular fellowship at Brigham and Women’s Hospital in Boston, MA. Currently, he is the Medical Director at Centre Neuroscience Institute in Lynchburg, VA, where he is practicing Neurosurgery. Due to his involvement with Madaktari, Dr. Ellegala serves as the Tanzania lead for the Foundation for International Education in Neurological Surgery (FIENS).

President Dr.Jakaya Mrisho Kikwete in a group photo with some Madaktari Afrika senior practitioners and coordinators during fundraiser Gala held in New York on September 21,2014.Third left is Dr.Dilantha Ellegala the organization’s founder, second right front row is one of the organization’s Tanzania coordinator Prof.Mohamed Janabi who is also the President’s personal physician.