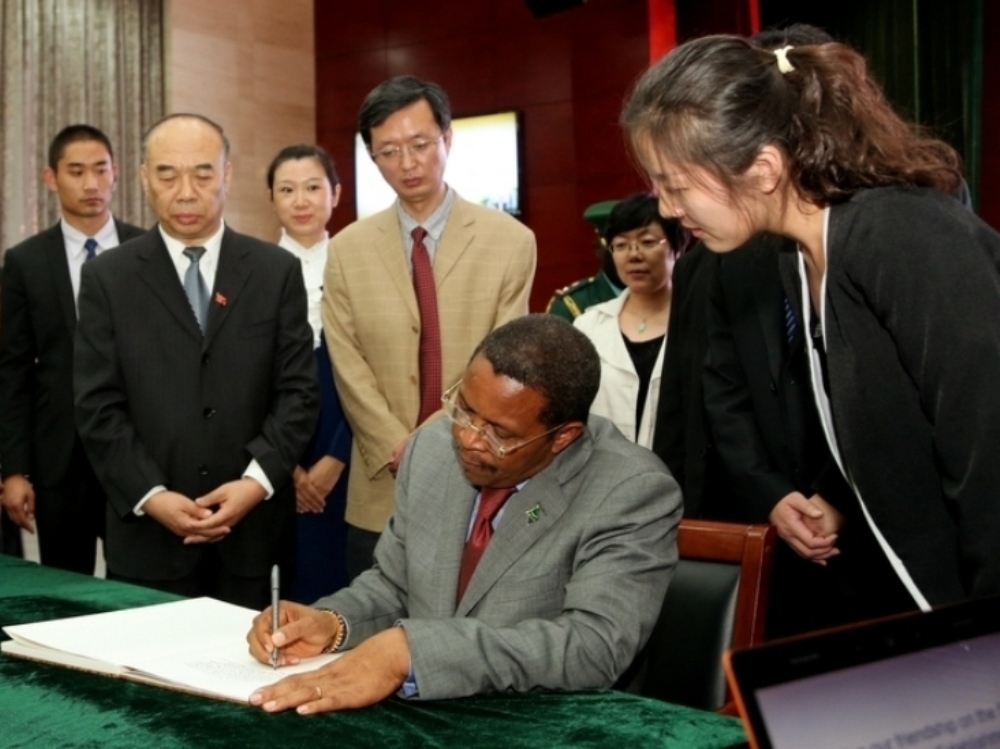 President Dr.Jakaya Mrisho Kikwete signs a VIP book shortly after he arrived at Shandong Provincial hospital in China On October 26, 2014. Shandong hospital has been sending doctors to Tanzania since 1978 to date is support to Tanzania’s Health policies.

President Dr.Jakaya Mrisho Kikwete and his entourage to China pose for a group photo with some members of Staff of Shandong Provincial Hospital when the President toured the hospital, thanked the hospital staff for their support for Tanzania’s health programs and appealed for enhanced cooperation between the hospital and Tanzania’s health institutions. President Kikwete in on a seven day State Visit to China at the invitation of President Xi Jinping of China. On October 26, 2014. 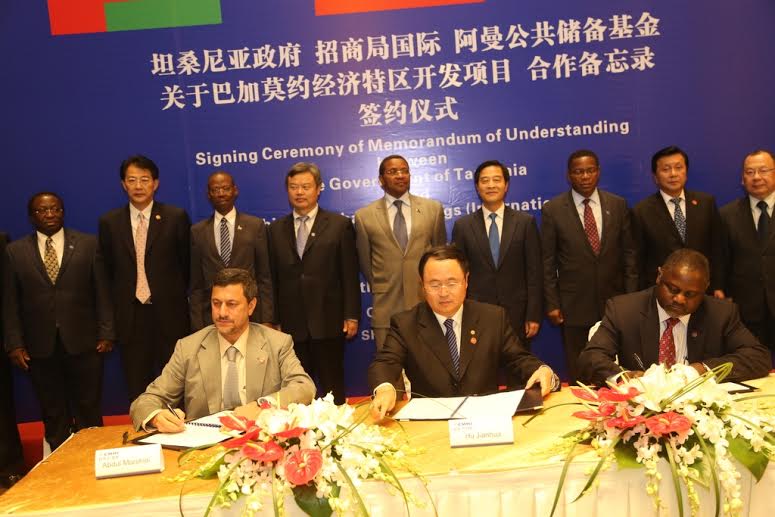 A permanent Secretary in the Ministry of Finance Dr.Servicius Likwelile, a representative from the Sultanate of Oman together with an official from China Merchants Holdings International sign a memorandum of Understanding (MoU) between the Government of Tanzania, China Merchants Holdings international and State General Reserve Fund of Oman on a Strategic Partnership for the Development of Bagamoyo Special Economic Zone(SEZ) The Signing ceremony took place at the Shenzen Hilton Hotel in China in the Presence of President Dr.Jakaya Mrisho Kikwete On October 26, 2014